Rafael is 6 years old and suffers from a severe and rare genetical disease called progeria. His big wish is to become an architect one day. Without ever seeing the Eifel tower in real life, he is fascinated by this architectural masterpiece, constantly draws it during his time at school and wishes to build his own „Rafael tower“ in the schoolyard.

A very special desire, when one considers his medical condition which lets him and his body alter much faster and leaves him with a very short lifespan. Therefore, nothing could stop us to make his wish come true.

After a long collaboration with the association ALAN, the commune of Esch/Alzette and our many donors, we were able to inaugurate the „Rafael tower“ in the end of October. Finally, our little architect Rafael and his classmates had the opportunity to play on their new schoolyard attraction. 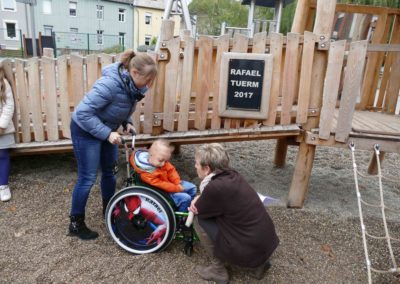 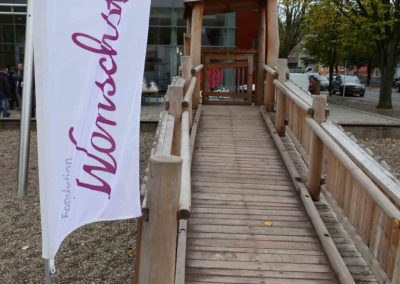 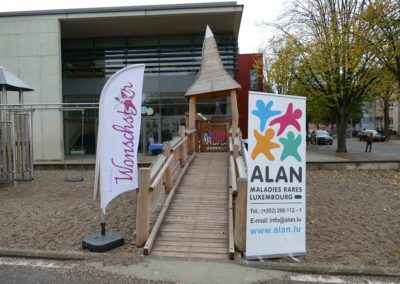 ← Sandra Alex →
XWe use cookies on our website to give you the most relevant experience by remembering your preferences and repeat visits. By clicking “Accept”, you consent to the use of ALL the cookies. However you may visit Cookie Settings to provide a controlled consent. Read MoreREJECTACCEPTCookie settings
Manage consent